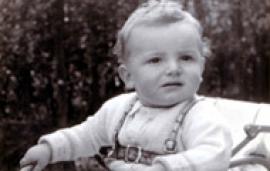 The Korniest Show with JB

Believe it or not, there is a theme to the programme!

There's not much on radio that makes you chuckle so comedy and rubbish is interspersed with mostly toe tapping music.

Regular features include.... Nearly TWO HOURS of the 60's - and not just the stuff you hear everywhere else (Now starts just after 11:00hrs)

+ Contenders for the world's worst record.....

+ Exposure of those naughty people who can't be bothered to write their own songs - yes, there are a lot of artists who "Cover" or "Sample" stuff that is not theirs!

+ Both sides of the record - yeah, what was on the b-side of that song?

+ Rare Record Spot - People collect stuff, all sorts of stuff including vinyl! Crazy amounts of cash is spent on rare vinyl, we will play it, but would you pay lots of cash for it?

Requests are MOST welcome, phone me at the studio while the tunes are being played - as you know I can't afford a secretary(!) or SMS, then I've got it in writing.